2016 © David Leach. All rights reserved. All photos/videos on this website were taken by David Leach.

I filmed “I shrugged” over 2014-16. It is dedicated to my friend Sameer Joudeh Nevarez who passed in an untimely accident on September 28th, 2013. Sameer was a dynamic, witty, intelligent young man that was determined to make a difference in the world. I was privileged to get to know as I became his friend over the years and then later mentored him, right until the tragic accident. It’s sad to see such a complex young man captured in just a small footnote on a little web page. It just doesn’t do him justice.

It took quite a bit of necessary traveling to complete ‘I Shrugged’. I say necessary because I believe that the time I spent wandering was integral to my healing. If you’ve read the about me page then you might gain further insight on my desire for isolation during this time. Basically though, humans suck.

This panoramic photo taken of Horsetail Falls is located only a few miles off the trail, however the steep ascent with 50lbs of camera gear made this challenging.

Every shot has an story behind it: 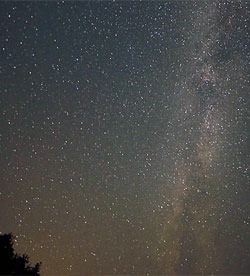 “I Shrugged” appropriately titled from the sum of the Ayn Rand quote:

“If you saw Atlas, the giant who holds the world on his shoulders, if you saw that he stood, blood running down his chest, his knees buckling, his arms trembling but still trying to hold the world aloft with the last of his strength, and the greater his effort the heavier the world bore down upon his shoulders – What would you tell him?”

I…don’t know. What…could he do? What would you tell him?”

Seems like the second I took a breath to relax… my iphone chimed to bring me back to the connected world. “Amazing.” I thought. My recent transfer to the Sprint network from At&t has left me without signal 99% of the time traveling, however here on this remote mountain top…”diiiing”, a text comes through. I glance down, for a second I debate taking the phone out of my pocket, it’s usually left on silent.  It’s futile, it will only chime again David. I pull my phone halfway out of my pocket and glance down at it. 46 unread text messages. 1,373 emails unread. I hear a SCUD missile approaching via my bloodstream. I ‘quick reply’ in what I define as “grid-texting“, using the least amount of data/characters when sending a message over unreliable networks. “B hm@11” (be home at 11pm). I see the “writing text chat bubble” appear briefly, but I know better than to wait for it to come through. Fucking Sprint. I put my iphone on silent and leaned back against the mountain, the small ledge I had placed myself on offered a perfectly angled rock similar to the shape of a lazy boy recliner with an epic view and a consistent breeze. I tuned back out. I thought of Sameer and wondered what witty remark he’d have if he were sitting next to me.

“This is fucking insane yo, but ummm..why the fuck are we out here? There are definitely no ratchets here in BFE and I am STAAARVING yo”.

That’s what Sameer would say. He was wicked intelligent but loved to blurt stupid shit out. It brought a smile to my face. 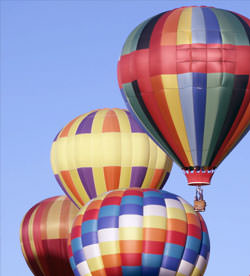 The last two years have been mentally tolling. I’ve spent a tremendous amount of time in meditation. I reflect a lot on my past, my miscalculations, and the possibilities of the future. I can be pretty harsh on myself…but I believe that to be a good thing. It keeps me grounded and always in constant reflection.

After I wrapped up two timelapses on my RED Dragon (named “Kragon” for “Carbon Dragon”), I snapped a few shots with the Sony A7r and iphone 6s (great little compact cameras to always carry) and began my descent. Along the way I had to cross several fast flowing streams (from the recent snow melting), one stream in particular could be described as a fast flowing river with an idealistic log bridge across it. I crossed carefully, pondering foolishly how I would save my camera equipment before my life if I were to fall in. I made it safely across the log bridge and began hiking through the dimly lit forest. Streaks of sunlight powdered with pollen and dust poked through the tree canopy resembling laser beams. The forest sat in the middle of a mountain valley and provided the only logical path off the mountain. The terrain switched back and forth between small boulders, thick pine trees and slippery red algae on the ground. Consequently, I slipped and cut my hand as a I reached for something to slow my fall. You don’t want to have to ruck it out of here in the dark, I thought to myself and picked up the pace.

Time flies by when lost in deep thought. 45 minutes later I was hiking along an established trail and almost to my truck. I stopped briefly and squatted by a stream, completely forgetting about the cut on my hand. I cupped some water from the stream and washed my face off. The cut on my hand oddly fired back in a distinct stinging pain. Unusual, I thought to myself. Then a swath of thoughts flooded my brain and at the same exact time I process the specific thought of bacteria contamination… …a single drop of water streams from my temple into my mouth. Fuck. I just mainstreamed whatever bacteria was in this water directly into my mouth and through the cut. Sometimes I wish I could be ignorant to science, however… plenty of time in third world countries has taught me painfully miserable gut wrenching lessons.

Less than 4 hours later everything I had consumed in the days prior had already come back up in a fit of violent exorcist vomiting that left my stomach feeling like I had competed in an abs competition…lost…and competed again. I was now preparing for the  “oh more bile….fun” stage for the next consecutive 10 hours.

It took me 72 hours to fully recover from the symptoms, which is an eternity for someone who can’t sit idle like myself. I reviewed the footage and finally begun to assemble the clips for “I Shrugged”.

Over another month I filmed a few more shots to replace the ones I wasn’t pleased with. I originally had 127 clips, filtered down to 72, and finally..the 37 clips in “I Shrugged”. Every time I hit record, it was specific and intentional. Every clip had a long journey behind it with many faces, smiles, tears, and some epic playlists. I carried Sameer in my thoughts and quite often reflected on appreciating life and the little fragments of moments we spend with people.

They say you can decorate absence however you want, but you’re still going to feel what’s missing. I still do.

In the Death Valley overnight timelapse, you can see strange lights dance across the sky at 2:05 to 2:09, these are not artifacts and I have captured these dancing lights many many times in DV. I’m guessing satellite reflections or debris reflections.

Ivanpoh Solar plant, located 30 min outside of Las Vegas, is absolutely NOT friendly to visitors. I was removed from the premises. Twice.

The thunderstorm timelapse at 1:40 was a unpredictable overnight flashflood. I woke up inside my tent having floated 200-300 yards from where I pitched the tent. I floated on my thermarest inflatable mattress. Amazingly my North Face tent didn’t leak from the floor.

The Lake Crowley pillars at 1:00 are not relatively easy to get to, requires 4×4, and frequent high winds makes this a drone flying challenge. There is also a flock of swallows that nest at the base of the pillars, they swarmed my drone as soon as it went up. Fly safe and respect the wildlife.

The two downtown Los Angeles shots were filmed from my rooftop penthouse before I moved, the Continental building (seen in 500 days of Summer).

by admin — Posted on September 22, 2016 in, Category and tagged travel trips world